Pinterest is a visual bookmarking tool that helps you discover and save creative ideas. Watch this two-minute video to see how it works. http://about.pinterest.com/

Connect with your friends and other fascinating people. Get in-the-moment updates on the things that interest you. And watch events unfold, in real time, from every angle.

Facebook is a popular free social networking website that allows registered users to create profiles, upload photos and video, send messages and keep in touch with friends, family and colleagues. 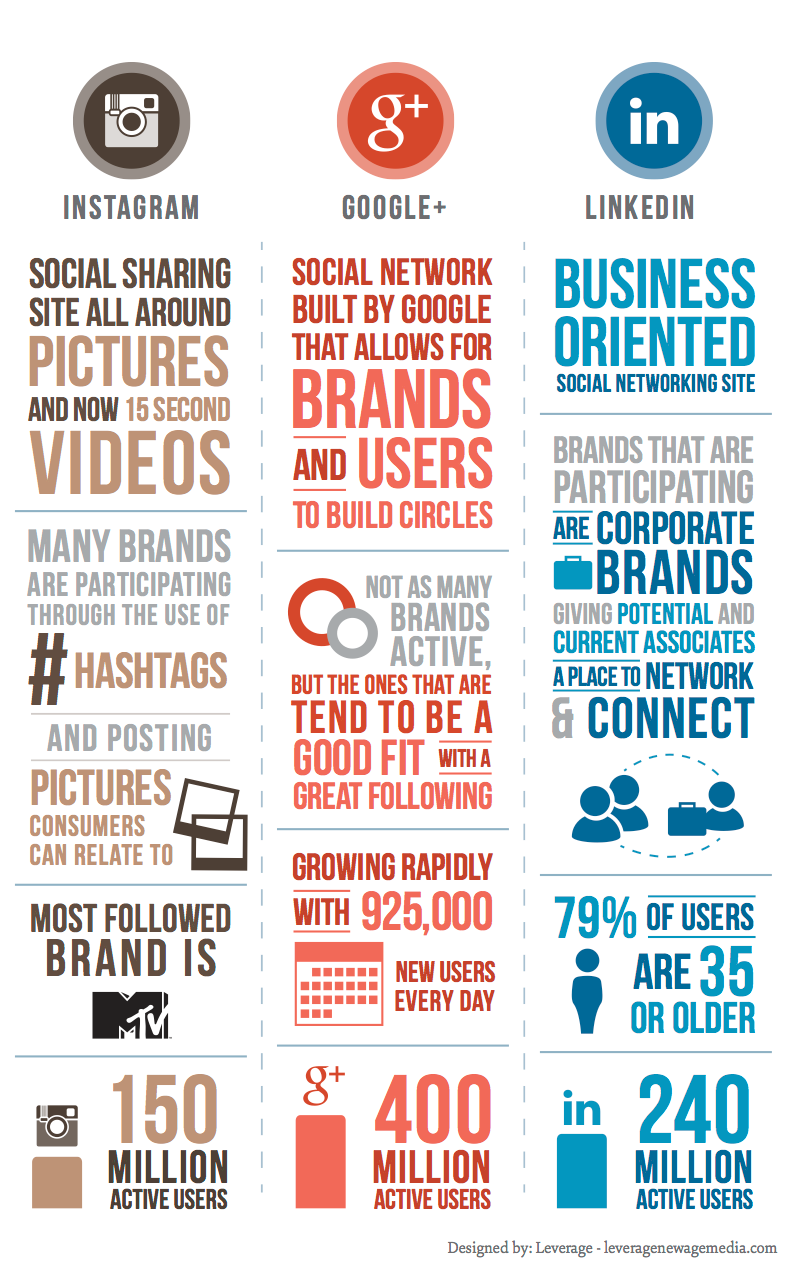 Google+ launched in June 2011 as a social network. Google executives subsequently described Google+ as “a social layer across all of Google’s services”, allowing them to share a user’s identity and interests.

LinkedIn is a business-oriented social networking service. Founded in December 2002 and launched on May 5, 2003, it is mainly used for professional networking. In 2006, LinkedIn increased to 20 million members.